Soccer + Fixies = Cycle Ball. Oh my goalllll! Yes, this exists and it's amazing. Cycle ball has been around since 1893, almost 125 years and is quite popular in Europe. Get this, it was invented by an American. 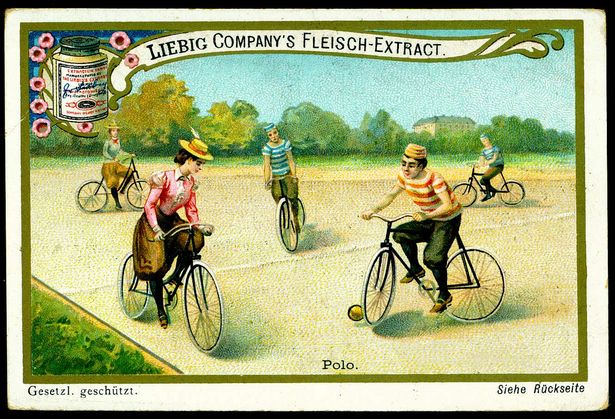 What makes this fun to play?

Cycle ball is played in 2 rider, 5 rider or 6 rider team matches. It's usually played in a gym but if the match is large enough, it can be played on a field. The objective is to get the ball into the opponent's goal. The players are only allowed to use the wheels of their bikes to maneuver the ball. Players are not allowed to touch the floor, lean on the ball, or lean on the goals. If they do, they are executed. No they're not. This isn't Game of Thrones. They just have to cross the other side of the field to rejoin the game. 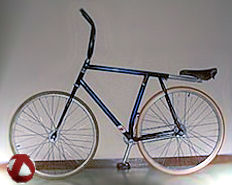 What makes this fun to watch?

Lots of crashes, injuries and it's a fast paced game. The games are usually two 7 minute periods of game play with a 2 minute halftime in between. The bikes are all fixed gear bikes (no brakes), the players need to be in complete control of their bike at all times. 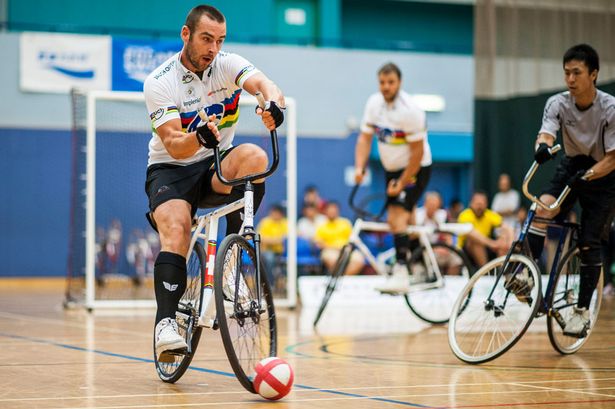 Wikipedia: "Cycle ball, also known as "radball" (from German), is a sport similar to association football played on bicycles. The two people on each team ride a fixed gear bicycle with no brakes or freewheel. The ball is controlled by the bike and the head, except when defending the goal.

The sport was introduced in 1893 by a German-American, Nicholas Edward Kaufmann. Its first world championships were in 1929. Cycle ball is popular in Austria, Belgium, the Czech Republic, Denmark, France, Germany, Japan, Russia and Switzerland."